MGCC team up with SMTC at the NEC

This year’s Classic Motor Show is all about ‘family ties’ and the MG Car Club is showcasing the sheer variety in the MG family. From MGAs to TFs, you’ll find cars being brought back to their best, factory-fresh saloons and delightful droptops, but this year’s star car is a 1980 MG BGT.

As the subject of the 2017 SAIC (Shanghai Automotive Industrial Corportation) Intern Project, this 1980 MG BGT has been completely reworked by the students from Bath and Oxford Brookes Universities working under the guidance of designers and engineers at SMTC UK – the technical arm of MG.

SMTC UK is home to over 300 designers and engineers, based in Birmingham and charged with creating cars for the UK, China and dozens of other markets across the globe.

Each year, a select group of interns join the team at Longbridge and this year’s crop was charged with combining classic MG packaging with modern MG engineering and this is the result.

Gone is the four-cylinder B Series engine, replaced with a 2.0 turbo-charged petrol engine from MG’s current range, developing in excess of 200bhp.

Steve Jones, Senior HR Manager SMTC UK, said “We are delighted to be given this opportunity to share our 2017 engineering intern project with the MG Car Club members, MG enthusiasts and visitors to the show. The project gave the interns an opportunity to learn from today’s MG engineers as they were asked to package current MG components, designed here in the UK into the iconic MGB package! The results are fantastic.

Adam Sloman, MG Car Club General Manager said “We were thrilled when the guys from SMTC UK said we could have the car on our stand. There’s a real love for classic MGs at SMTC, and it underlines how important the classic MGs are to the new ones.  It shows not only the ‘family ties’ between the classic and modern MGs, but also the ties between the Club and the manufacturer.”

The car will be on display for all three days at the show, with the students who worked on it on hand to answer questions and queries about how the car was built. The full story will also be broken down in the November issue of the Club’s magazine Safety Fast!, which will be available to new members at the show. 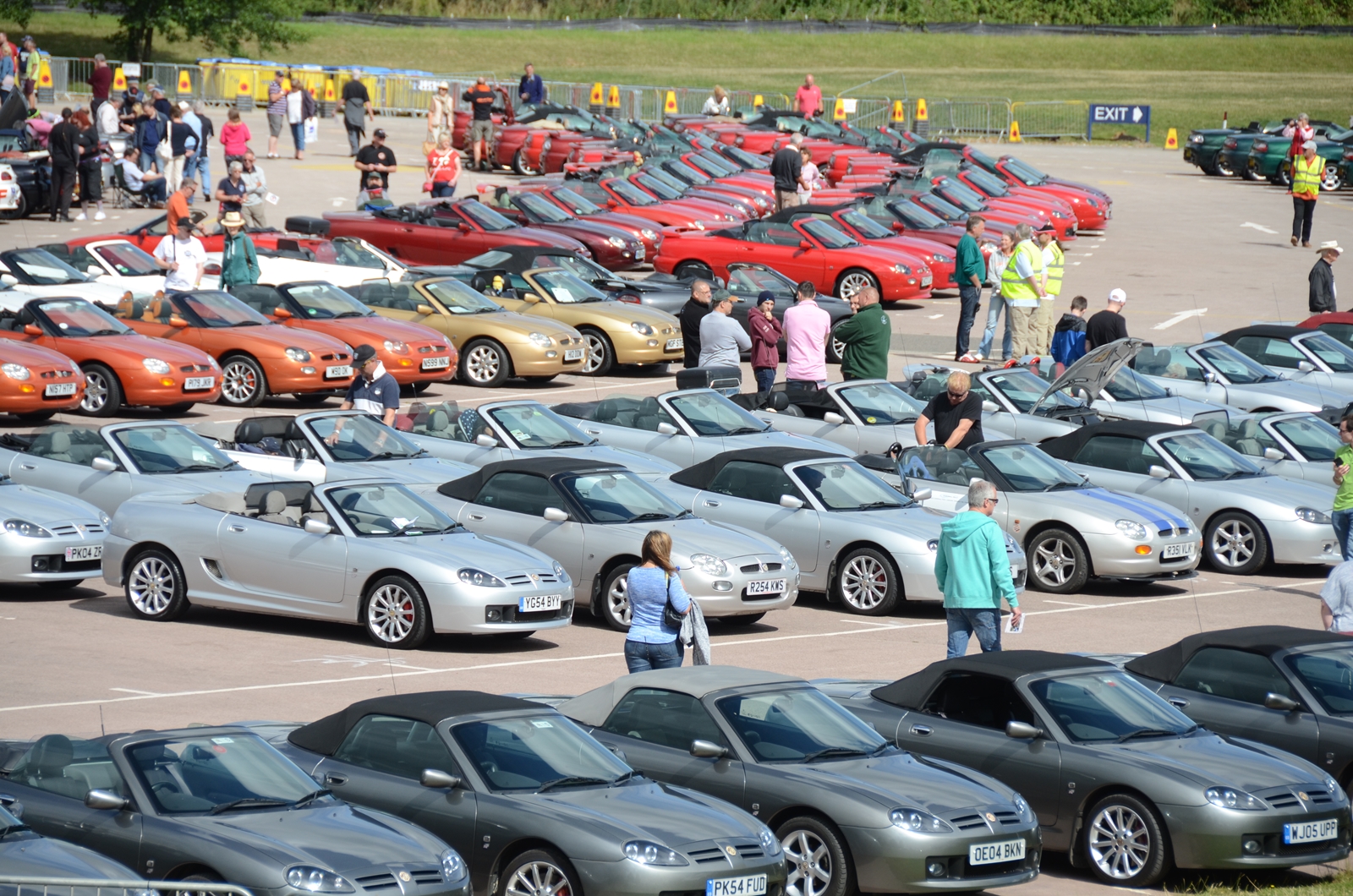