It is with great sadness that we report the passing of Tony Craddock in South Africa on 20th February 2022. Tony was the National President of the Combined Centres of South Africa and a long-serving Chairman and Committee member of the Northern Centre based in Pretoria. Our thoughts go out to Annette and the family at this difficult time and indeed to the Northern Centre who have lost several key members in the last year or so. A  full Obituary will appear in April’s Safety Fast Magazine. 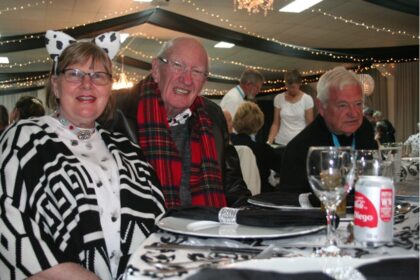 Brian and more latterly Pam have been towers of strength over many years in MGCC motorsport activity. Brian related to Ron Gammons at various points with details of regularly marshalling for the Club late fifties and into the sixties on rallies on a Saturday night and to be present at a race meeting on the Sunday! This in the Gordan Cobban era when so many activities were run by SE Centre.

Brian as Chief Observer worked closely with the late Jim Goddard who was the race meeting Chief Clerk at the time, when he left Brian was encouraged to take his ticket and became Chief Clerk most probably around the early nineties through to the early noughties.

This was before the days of computerisation and everything was manually undertaken meaning immense workloads particularly at our major Silverstone weekend.

More recently, Brian was Chief Steward at MGCC Race Meetings and introduced Howard Gosling to the subtleties of being a Club Steward for which he was most grateful.

His great experience of Motor Sport as well as his sense of humour will be much missed and the Club expresses its sincere condolences to his widow Pam and family.

Whenever Guy couldn’t be found at an MG meeting, one only had to search for an open bonnet, finding him hard at the repairs, that’s the type of man he was. If Guy couldn’t repair it, nobody could, and it was beyond repair. Whenever a light blinked on a dashboard or another problem occurred, he was the first to seek out. Thereby initiating a passion for cars and the Club among youngsters. For this reason, our Club is the largest in Luxembourg, counting some 250 members and the lowest average in terms of age in Europe.

I got to know Guy really well ten years ago. Following the wish to erect the Cercle Triple-M once again, I asked for his help. His reply, “join the MG Club’s committee and I’ll join the Triple-M Club’s.” A deal I couldn’t refuse, and from that time onwards we worked closely and organised many events for our members.

Working on cars with Guy was always a wonderful affair. To start off, his wife would ask if I wanted some coffee and I’d join her in the kitchen. We’d have a lengthy chat and I’d return to the garage. Guy, meticulously working on my car, would bark: “Are you here to work on the car or to chat.” Of course, he was right…

Though he was a hard taskmaster when it came to my repairing skills, he was overwhelmingly kind-hearted when I got married some nine
years ago. Three days before the date, he spontaneously asked me to join him on a Rallye. Of course, I said yes. My wife-to-be shared my delight…

When the Rallye was about to start, he told me I was sitting in the wrong spot. Instead, I should drive the rally in his MG ‘K3’, his stag party gift to me. Those are exactly the Guy-moments every one of us holds dear. One of Eric’s memories is his first fish and chips at a P&O ferry, which was an experience in itself. Guy led them all into the restaurant for lorry drivers on the ship. The food there was cheaper and better and only occasionally, they were thrown out, especially if they were dressed too cleanly and weren’t looking like lorry drivers. However, if they had previously repaired the MG on the quay and then showed their dirty trousers and black nails in the truck drivers’ restaurant, they never had a problem.

Every year, before the Stoneleigh event in February, they regularly had to share ten places at Guy’s favourite Indian restaurant with 20 people, because he invited all MG people he encountered that day.

The loss of Guy is tearing a big hole in our hearts in the classic car scene of Luxembourg, and even beyond our borders into the MG Car Club scene across Europe. At Guy’s funeral, thousands of people around the globe were thinking of him. The days following the tragic news delivered proof of this sentiment via the hundreds of emails and messages that have arrived.

Thank you for everything you did for the MGCCL and the CERCLE Triple-M. You can never be replaced.

Farewell, my friend. May you rest in peace. Goodbye Guy!

Chris Twigger was a devoted and passionate man, not only in business but equally with his loving family and numerous friends.

Chris was always drawn to his boyhood dreams of being involved in motorsport and he was approached due to his knowledge of Saab to be part of Erik Carlson’s Saab rally car team and in this endeavour Chris met and pitted beside one of his heroes, the late Colin McRae, as well as countless other rally icons.

As Chris successfully built up Redhill Garage over 40+ years he suffered a heart attack, which put his racing ambitions on hold, but one of Chris’s two daughters, Kayleigh, showed an interest in motorsport. Like any loving father would do, Chris encouraged Kayleigh! She went into his original ex-Dunlop Rover Tomcat and was soon lining up on the grid with the MG Cup. Chris being Chris couldn’t just watch, he wanted to be out there racing against/with his daughter!

So, he purchased another Tomcat so he could be “out there”. Chris successfully competed in four MG Cup races before unfortunately falling ill to motor neurone disease.

Chris was always a friendly, helpful man in the MG Cup pit area. He would help anyone and everyone and made many friends!

Unfortunately, Chris lost his short battle with the disease. Despite his valiant and brave efforts he sadly passed at home on March 10 2021 surrounded by his
loving family.

A true gentleman of motor sport takes the chequered flag. Peter Browning, renowned for his organisation skills in motor sport – as competitions manager of BMC/British Leyland and executive director of the British Racing Sports Car Club – has died, aged 84.

A full obituary for Peter Browning has been published in the April issue of Safety Fast!.

CLICK HERE to head to the Members Area to read the April issue of Safety Fast!

Live Webcast
Please use the username and password exactly to login.

The family has confirmed that there are no flowers and they have nominated Cancer Research as their choice of charity.

Our MG friend passed away on Wednesday February 3 at Salisbury Hospital.

Geoff joined the MGB Register Committee in 2012 during the planning for MGB50 at Blenheim Palace and immediately volunteered to join the organising committee. Geoff then took over the MGB Treasurer’s position in 2013, staying on the committee until 2019.

Being a true MG enthusiast and being interested in all things mechanical and electrical he was always happy working on his cars and giving tips to others.

Geoff’s pride and joy was his MGB GT which he owned since buying new in 1979. His fleet also included an MG ZTT 260 V8 which was used as his daily drive and a RV8 which officially is Carol’s MG.

A quiet man who enjoyed a laugh, was respected by all and when he wanted to make his point, we all listened! He was an excellent support to me as MGB Register Chairman. His profession was a quantity surveyor with John Laing and he spent some time in the Falklands after the 1982 war, rebuilding the bombed airport.

Geoff will be very much missed by us all.

Our deepest condolences go to Carol and family.

On February 10 we heard the tragic news that Pepi had passed away due to Covid. Pepi was Chairman of the Northern Centre, based in Pretoria, South Africa. Pepi arrived on the MG scene in 1989 when he became custodian of an MGA, and initially joined the Johannesburg Centre.

He later transferred to the Northern Centre and has been on the Executive Committee of this forward-thinking and progressive Club which owns its own Clubhouse for many years, including as Chairman for the last three years. Pepi also became custodian of a blue P type in 1992 and became well known in Australia, USA, Europe, and the UK where he became the link to Andy Green and the Bloodhound land Speed Record project.

The Northern Centre helped with clearing the Hakskeen Pan record breaking track and the friendship with Andy grew. Pepi and his team organised a very successful Indaba in 2016 on which one of the visits was to Zonderwater cemetery and the former Italian POW camp. Here we met his family and he was obviously proud of his Italian heritage. Our condolences go to the family and the Northern Centre on this tragic loss.

On February 3 we also lost Jim who has been on the Executive of the Toronto Centre since 2009 as Webmaster and Editor of the Octagon – the MGCCT quarterly magazine. Jim owned an MGB and a white MGF, was 74 and had health complications but succumbed to Covid. He leaves Rosemarie, David, and Lisa, and will be sorely missed by MGCC Toronto. 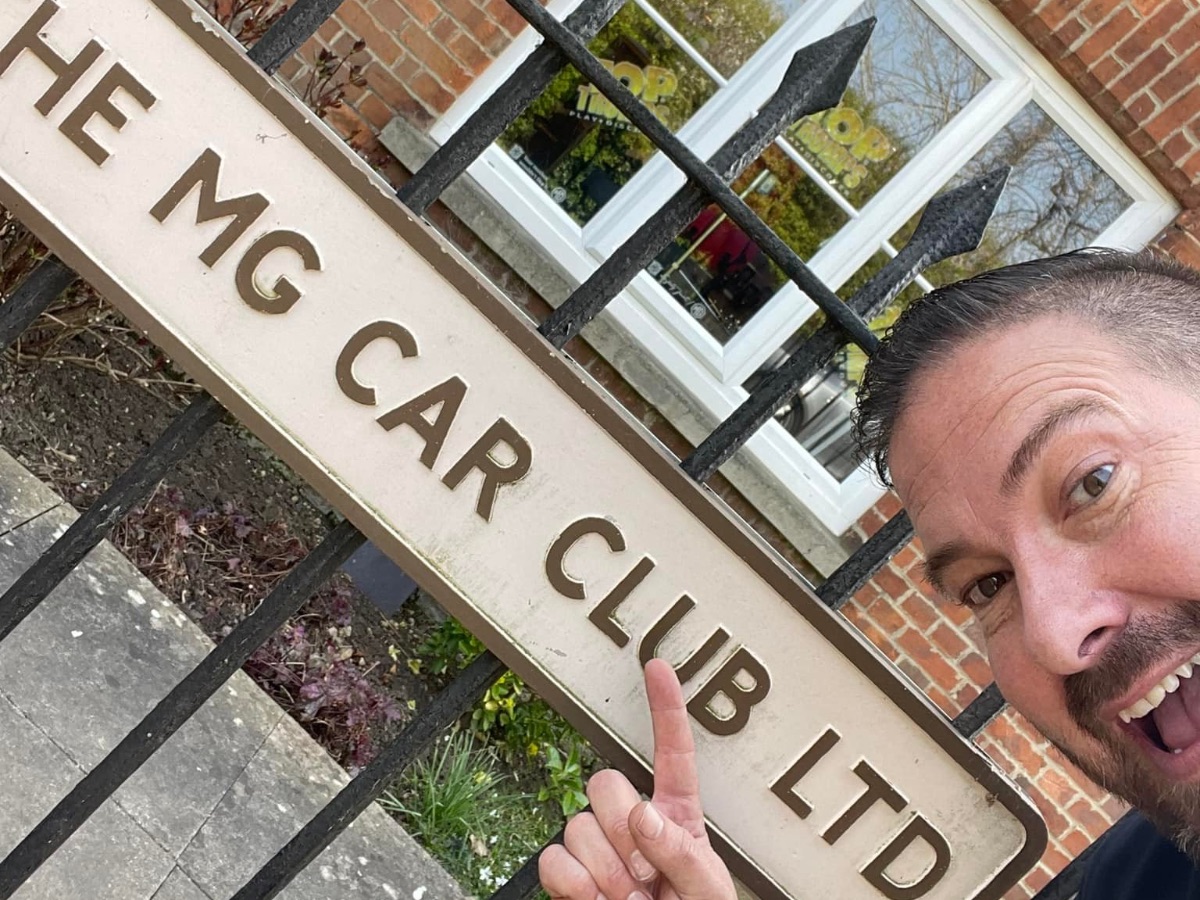 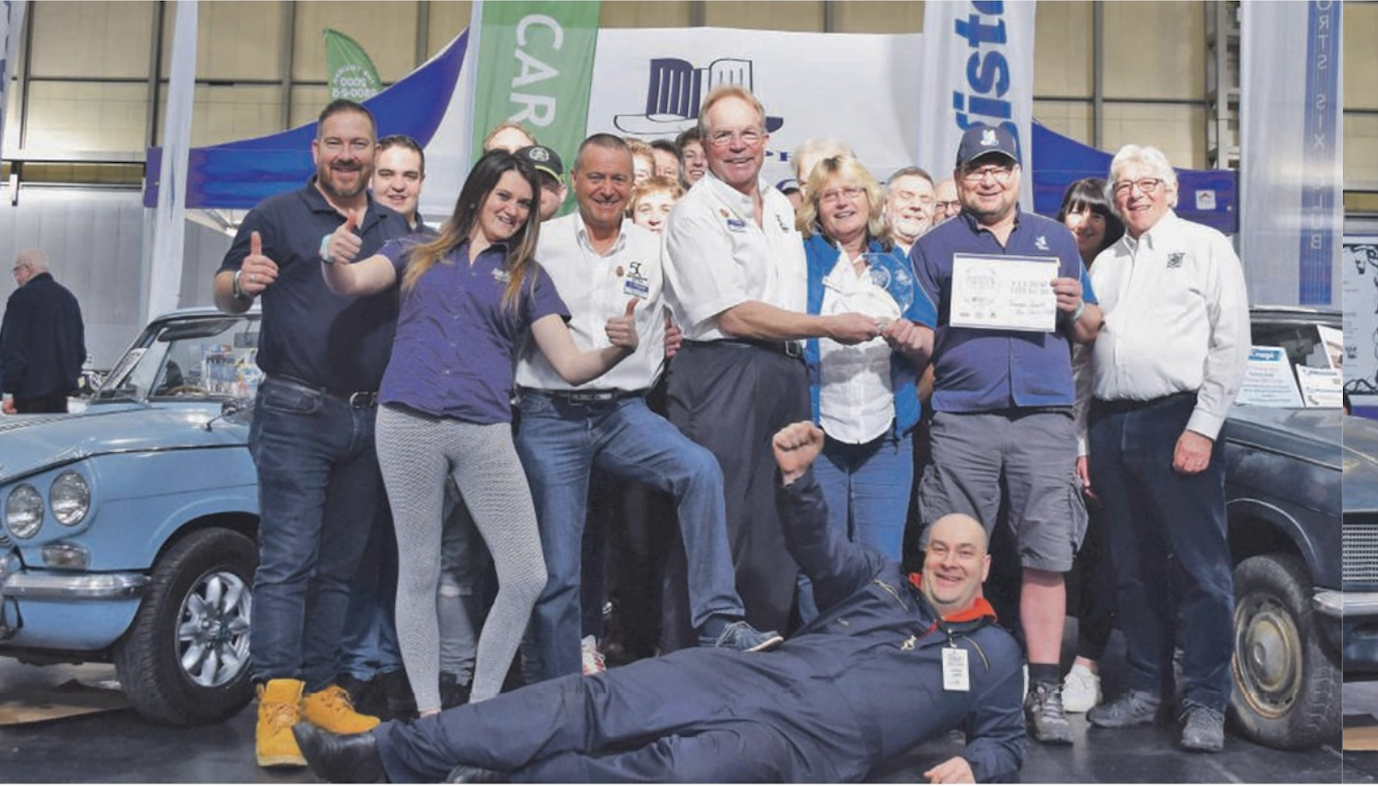