MG brought a number of new cars to the 16th Beijing International Automotive Exhibition on Saturday 26th September, attracting attention with “technological and stylish products”. At the scene, the new SUV MG Linghang made its debut, leading the second-generation SUV market by integrated advantages on design, quality, control, intelligent and safety; the new MG5 starts from 80,000RMB was also unveiled on the same stage, making its global first reveal.

In addition, the hot-selling coupe third-generation MG6 and its limited edition MG6 Mamba debuted for the first time; The third-generation MG6 PHEV and the MG ZS EV, “the first pure electric SUV that meets European standards,” were also unveiled on the same stage to bring MG’s highlight moments at this Beijing Auto Show.

During the auto show, the MG booth was also open up to trendy and exciting interactive games. The audience were able to participate in WeChat racing games and MG x LFC Training Camp to get exquisite gifts.

The MG flagship model with revolutionised SUV design aesthetics, MG Linghang debuted at the auto show for the first time.

MG Linghang adopts the third-generation MG family design language “Burning Technology Aesthetics”. The exquisite premier sporty proportion, the impactful “shark hunting” front face, the newly designed front grille, the super bit headlights and other ingenious designs that ignite the desire for driving and control at a glance, and each detail gives the SUV a new beauty.

This is an SUV with both good appearance and high configuration. MG Linghang has integrated advantages on design, quality, handling, smart and safety. It creates a full sensory immersive cockpit through the “Interstellar Shuttle” theme interior, with BOSE audio, panoramic sunroof and other luxurious configurations; in terms of control, the new car inherits the centennial sports gene of MG brand and is based on SAIC’s latest “Net Blue” 2.0 power technology, supplemented by European master chassis tuning and European hardware, bringing a dual-experience both with driving passion and comfort to consumers.

In terms of intelligent, MG Linghang is the only SUV in the industry that is equipped with the latest Banma Venus system as standard, and MG Pilot 2.0 intelligent driving assistance system with L2.5 PLUS autopilot level, which meets the high requirements of consumers for intelligent technology; in addition, it is the only model in its class with “double five-star” in both ENCAP and ANCAP. Safety certification quality brings users a safe, healthy, and environmentally friendly driving experience.

New MG5 completed its global first debut at the Beijing Auto Show, representing the brand’s thinking on the sporty sedan segment, and striving to create a Neo-sportism by providing a better choice for young consumer groups who are pursuing high-quality sporty experience.

The new car adopts the third-generation design language of the MG brand and has received keen attention at the auto show with its striking appearances, such as the shark-hunting front face, parametric grille design, black knight body decoration, sports car posture, fast-back and wider shoulder design, with bright yellow body colour. The new MG5 is specially designed for young people that considers both fashion and value. The new MG5 will give young people the “right to win” the dream car in their best years after the “screen power” and “keyboard power”. 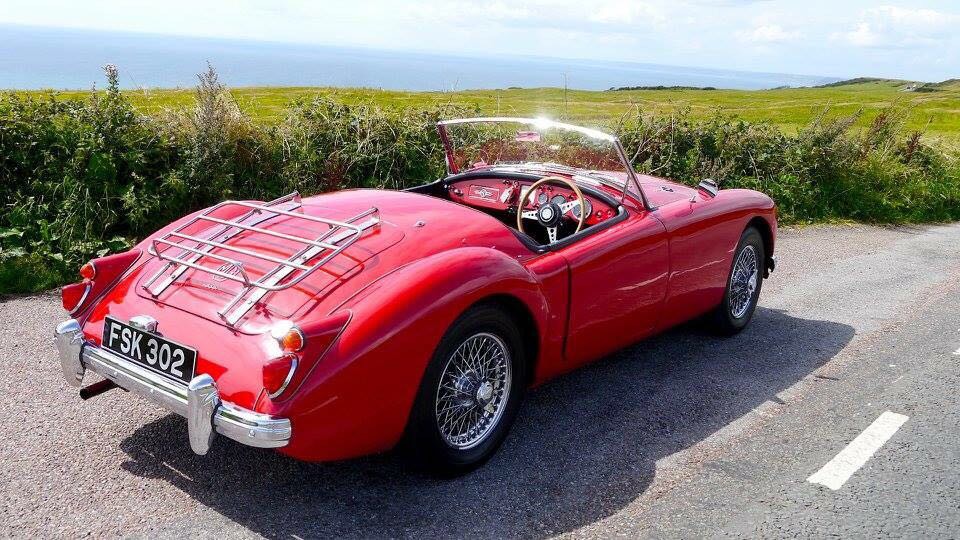