Twenty-one years in the making

It was in early 1991 that Pete Chaundy discovered in the back of a mews garage in Buckingham, a MkI MG Midget gently decaying away. It appeared to have been abandoned although the bodyshell had been stripped of paint in readiness for a respray some years earlier. Needless to say 138 WPC was not surviving well. The Surrey registered car GAN1/3466, which first turned a wheel in October 1961, would have cost its first owner at the time £669.15s.10d, so the £450 asked by the garage in whose workshop it had lain, seemed a bit steep for a rusting hulk. Nonetheless Pete was looking for a project car, not initially recognising the rarity of the MK I Midget, and so was happy to hand over the asking price, for which the garage were able to supply some history.

Armed with this Pete was able to contact the previous owner’s family and discover some of the car’s history. Evidently it had last been used in the Brickhill area of Milton Keynes, although the owner had emigrated to South Africa. A member of the previous owner’s family was contacted and provided a body shop repair invoice dating from 1979, when the car had suffered some rear end damage in an accident. The only other bit of history that could be remembered was that the car had previously been used in the Humberside area by a restauranteur.

Upon stripping down it not unsurprisingly became apparent that some major surgery was going to be necessary, with rust and several large holes in all the usual places. Attention was required, and urgently. This was beyond Pete’s welding abilities, but following the untimely demise of his father, an inheritance allowed the stripped shell to be placed in the hands of Autobody Services in Carterton, for the necessary restoration work to be completed. It was at this time also that the car was repainted in its original colour of Ice Blue, remnants of which were visible once the trim had been removed. The car had previously been painted three other shades, culminating in orange. Prior to that it had been red, with its first respray being a pale metallic blue colour not dissimilar to the metallic blue used on the big Healeys of the early 60s, and also called Ice Blue.

Once returned the rebuild began in Pete’s single garage at home in Oxford. All mechanical parts were stripped, inspected, overhauled and repainted as necessary, with many parts being renewed as required. Pete’s rule here was to keep the car as close as possible to its original specification. It would have been all too easy to ‘improve’ the spec of this car, later Midget parts being both more readily available and cheaper as a result, however his resolve must be applauded, for completely original MkIs are indeed very rare today.

This was a long process, for with a growing family, two house moves and work commitments, time was restricted, but the odd hour or two was put to good use, seeing the recommissioning gradually progress, even if not as quickly as was originally envisaged. The car as purchased was fitted with a 1098cc engine, therefore a correct 948cc unit was sought. Quite by chance one had become available at Oselli Engineering, and was reconditioned as necessary, which Pete then rebuilt, along with the smooth case gearbox for which parts were no longer available. Some good second hand parts were obtained from Peter Woods, seeing the box finally rebuilt correctly.

Along the way Peter learned many new skills, as he explained: “Well yes, some things I simply couldn’t get. For example, apart from a carpet set and the seats, I fabricated the whole of the interior trim at home, as MkI Midget trim isn’t that common, and is not interchangeable with the MkI (frogeye) Sprite, as you might imagine. Fortunately I was able to source the original dark blue coloured material from Bromsgrove MG, who had refurbished the seats for me.”

Not so fortunate, with only the body repair invoice as evidence of previous registration, the DVLA would not allow the car to retain its original registration number, resulting in the car being re-registered with an ‘age related’ plate. The issued 134 YUK (Woverhampton) is not too dissimilar to the original number, so, Pete feels, “looks ok”. Finally the car was MOT’d in August last year (2012), and he was able to drive it for the first time in 21 years of ownership! “You cannot imagine the sensation of driving the car on the road for the first time after all that work,” says Pete.

“A mixture of trepidation, pride, quickly turning to joy as the car performed faultlessly on its maiden voyage. My mother, who is in her 80s, had been saying that she wanted a ride in the car before she died, and when the opportunity arose to take her out she thoroughly enjoyed it, especially the feeling of open air motoring. My wife and children all love the little car too, and we get lots of smiles when out and about. There is still lots to do before I can say it’s finished, but at least I can enjoy driving it now, and my family and friends can stop asking me ‘Have you finished that Midget yet’!”

The car was recently on the MG Midget Register stand at the NEC Classic Car Show, where it received many complimentary remarks from enthusiasts of all ages. It seems that many people had a Midget when they were being produced originally, and have very fond memories both of their cars and of the good old days back then. Summing up, Pete says: “It has turned out to be a really fun and enjoyable car to drive. I can easily see why so many folks remember them with such affection.”

With relatively few MkI Midgets surviving, and even fewer in such amazing original condition as 134 YUK, that chance purchase all those years ago has ensured this little car will be admired for some time yet. 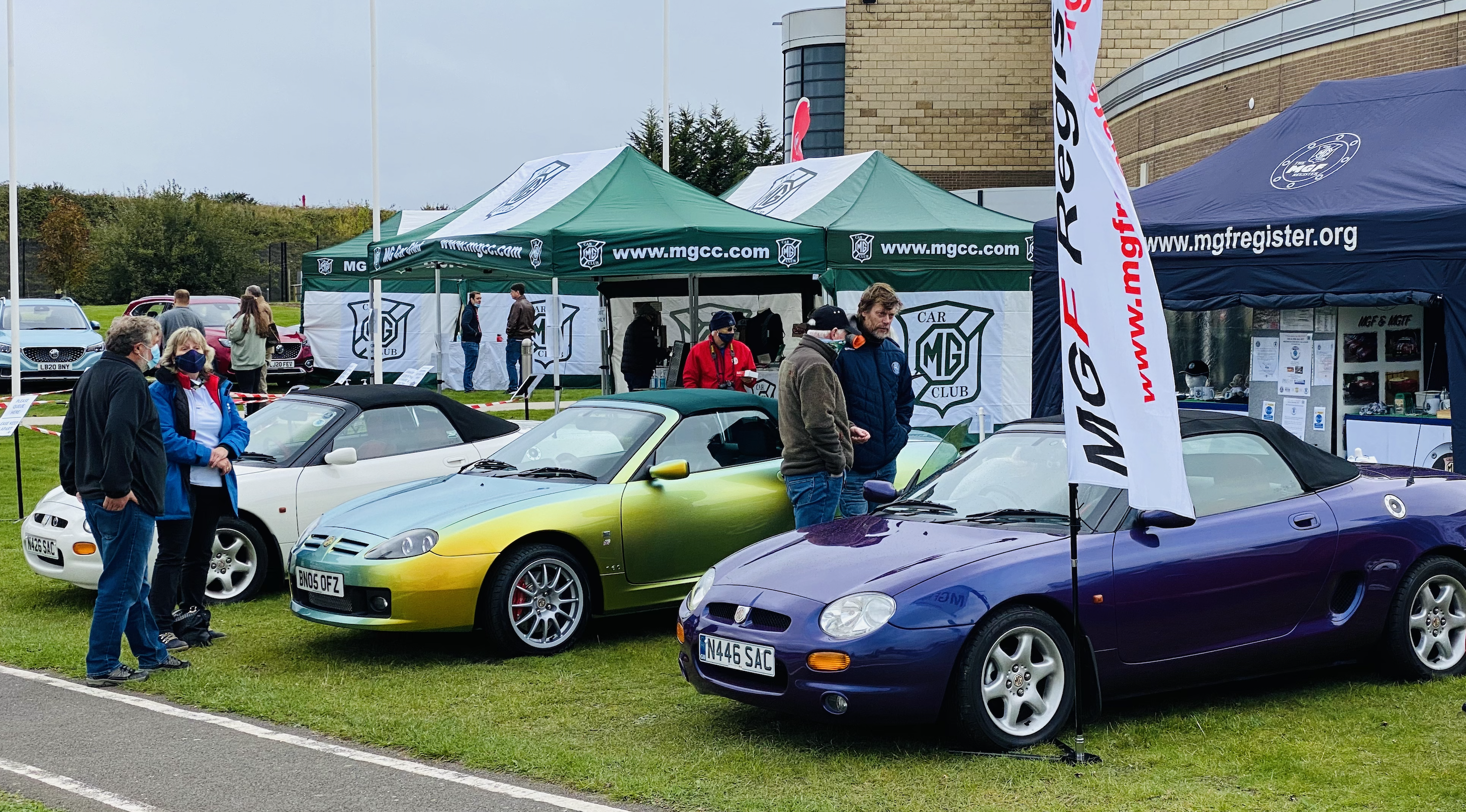