With Mike Brewer’s MGA safely residing at the RPS premises at Witney, Ben Harris and his colleagues from RPS set to work assessing the MG.

Ben’s an old hand at MGA restoration, having restored plenty in his time since joining RPS. Although he’s worked on plenty of other British exotica, he hasn’t had an MGA to fettle for a while, so after starting the initial strip down at MGLive! he was itching to get stuck in again. 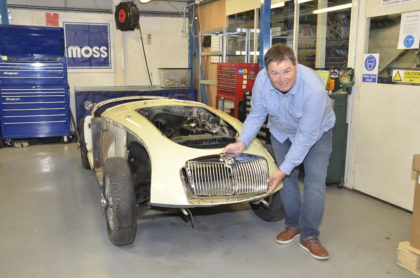 As more parts started being unbolted and lifted off, everything was going to plan with no nasty hidden surprises. It wasn’t long before Ben was ready to lift off the body. With the body off and moved to a solid jig, constructed by RPS to make sure the body didn’t flex and bend, it was time to properly inspect the body and chassis.

As we looked at the bodyshell Ben pointed out all the places where he witnessed the dreaded tin worm take hold in previous MGAs he’d worked on, such as the top of the bulkhead under the bonnet. “You see where all the wires and cables feed through to the interior, just above that ledge,” Ben said, whilst pointing under the bonnet, “water pools around the ancillary items and rust starts to eat away. Other notorious areas for rust are around the A post and B post behind the wings.”

As we look around the body it all looks very solid, with only light surface rust visible. Ben pointed out the panel located behind the grille. It was slightly rippled and dented but looked as if it had been worked on at one stage in the car’s life. “When we get to work on the body we’ll take a look at that,” Ben said. “We’re using a new reproduction grille from Moss. Normally they take a bit of fettling to fit so we’ll work the body around the grille to get a perfect fit.” 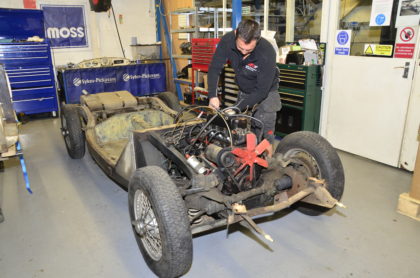 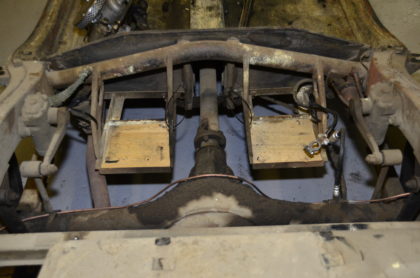 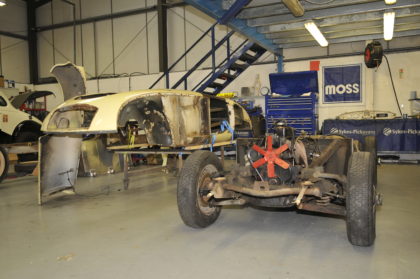 Moving on to the chassis, bearing in mind the MGA is 58 years old and would have had very little rust protection, it looked in remarkably good condition as well. The dry Californian climate had really preserved the MGA. Even after stripping the car down Ben still reckoned that Mike’s MGA was one of the best he’s seen.

With the body and visible parts of the chassis being sound we asked Ben if he could foresee any potential problems as the rebuild gets underway. “As the MGA isn’t original, Mike’s decided to put his own mark on the car. We’re going to convert it to right-hand drive, which isn’t as difficult as it sounds with the A, as all cars have left-hand and right-hand drive mounting points and holes through the bulkhead. This kept the cost down, and as they came down the line in Abingdon they could intersperse right- and left-hand drive cars easily. I’ve still got to find a few parts for the conversion but it shouldn’t cause any headaches.”

Ben carried on: “I’ve still got to remove the ply floor from the MGA. From previous experience, I know the screws that hold it down won’t be easy to underdo, and also I’m expecting some rot on the chassis under the floor, but I’ll deal with that when the ply comes up.

Mike’s got a few upgrades planned, such as an MGB engine, five-speed gearbox, MGB V8 bushes, and a 12v battery conversion, all of which may cause a few issues but nothing that fazes me. I’m really looking forward to seeing Mike Brewer’s MGA come together over the coming months.” 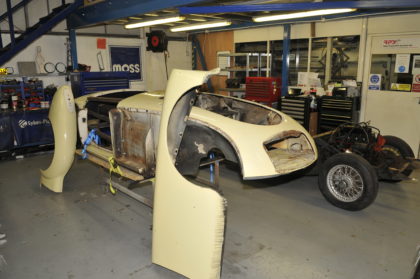 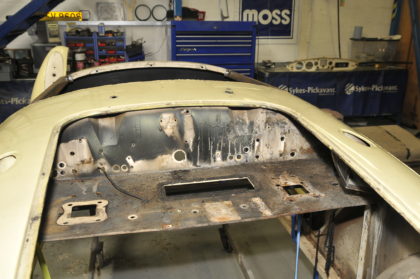 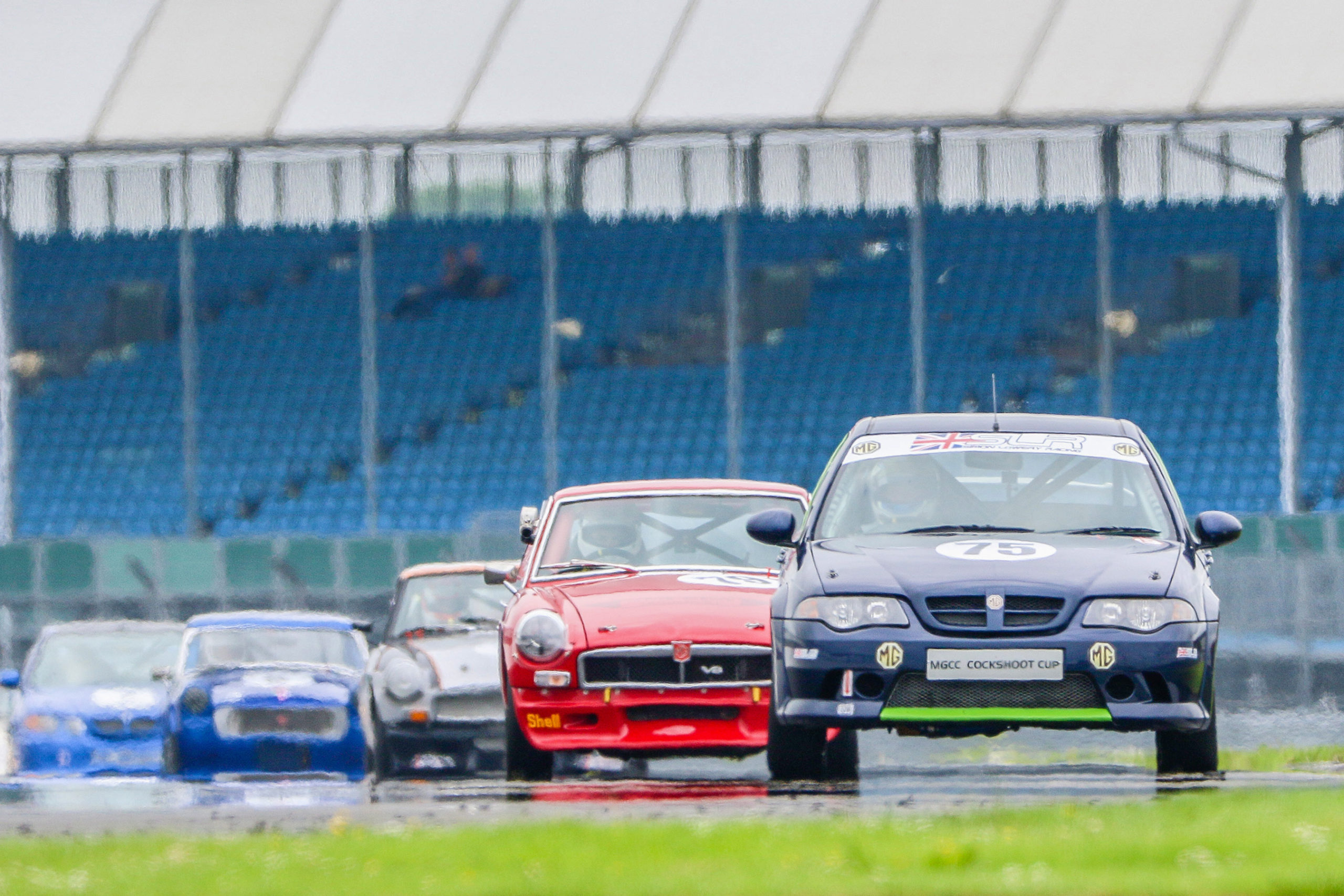