Imagine therefore the interest at Kimber House in late 2007 when “Form V765” arrived from MGA specialist Bob West seeking to reclaim the number LBL 301 on a car with a chassis plate numbered EX182/38.

Recognising the significance of this number in the history of MG production, the MGA Register was asked to carry out a thorough scrutiny before reaching any conclusion to support or deny the application. This work has taken more than two years including extensive research in North America.

The application has been supported by the MG Car Club and is now approved by the DVLA. Not only did we consider the application to reunite the Registration Number with the vehicle, but have also examined the evidence linking it to the early development of the MGA. This is an appropriate time to make our findings public and to explain the basis on which the MGA Register made its decisions.

The EX182 series of four cars was built by the MG Car Company as the prototypes for the production MGA. These cars first appeared in public in June 1955, EX182/38 carried the Registration No. LBL 301.

The number appeared again in September 1955 at the RAC Tourist Trophy Race on the Dundrod Circuit in Northern Ireland.  Car no. 34 was driven by Flockhart and Lockett, page 176 of “MG by McComb” shows a photograph of LBL 301 at this event.

A newsreel film of the Tourist Trophy shows how their race ended with the car spinning into the banking and the driver leaping out.  This photograph taken by a member of the Works team shows the extensive damage to car no 34.

When examining a vehicle with a separate chassis and body such as the MGA, the key component which must remain as part of the car to establish a continuous heritage is the chassis.  Other major components such as engine and body may be changed but only on the original chassis for continuity to be established.

The car which we have examined is built on a chassis that can be dated, by an inspector’s stamp, to September 1956.  It has a steel body with a Body Number corresponding to production in May 1958.  We have concluded that the original chassis EX 182/38 was damaged beyond repair at Dundrod and therefore this particular car is not one of the cars that raced at Le Mans in 1955.

An accurate “time line” for EX182/38 and LBL 301 from September 1955 to the present day will probably never be drawn as documents such as log books and bills of sale have all been lost.

From other contemporary evidence, MGA Register believes that a replacement car was built by the MG Car Company on the 1956 chassis incorporating an original EX182 alloy body and the transmission tunnel and dashboard and some of the instruments that are still on the car today. This car was allocated the chassis identity EX182/38 and retained the registration number LBL 301 although there is no evidence that the EX182 components utilised were actually carried forward from that particular car.

Around the autumn of 1956  R. W. Fitzwilliam, together  with Robin Carnegie (later the Earl of Northesk),  negotiated with the MG Car Company through Marcus Chambers to borrow three cars and these, with his own car, would form the Fitzwilliam Racing Team.    The cars subsequently provided were:   EX182/38 Registered LBL 301, EX182/40 Registered LBL 303 and a standard car, race prepared.

Starting in late 1956, a standard MGA chassis was taken from the production lines and modified by the Development Department to the EX182 specification by the addition of Andrex front shock absorbers and the mountings for a 20 gallon fuel tank.  This car was delivered to the Fitzwilliam Team early in 1957.  The cars were raced in various events but at the request of the Works they were returned for modifications in preparation for the Mille Miglia in May 1957.

The modifications were the fitting of all-round Dunlop disc brakes. Jim Cox saw the car in 2008 and identified the brakes as those fitted by the Works to two cars for the Fitzwilliam Team for the 1957 Mille Miglia.   These were part of the development of disc brakes for the pushrod MGA model with a unique mounting set-up.

In the event, these brakes were never used in MGA production and were therefore special to these two cars. Jim also noted that the letters and numbers on the Warranty Plate (chassis plate) are “reverse stamped”.  A method used only by the Development Department.

EX182/40 crashed in the Mille Miglia and returned to the Works where it was repaired and then continued racing until it was crashed on the road in June of that year. EX182/38 was returned at the end of the 1957 season.

Registration records show that LBL 301was transferred in 1957 from Berkshire, the home county of the MG Car Company, to Sussex home county of R. W. Fitzwilliam, and back to Berkshire later the same year.

In 1958 the subject car was loaned to, and subsequently purchased by Wilson Southam who used it for club racing for the 1959 season. At this time the car was fitted with a new standard steel body (Body number 61277) by the MG Works.    Reports from the motoring press of 1959 confirm Wilson was competing in a “Le Mans ex Carnegie M.G. now rebodied”.

Wilson Southam is a Canadian citizen then studying at Balliol College Oxford.   On completion of his studies he returned to Canada, taking the car with him. Wilson and one of his fellow students, Nick Ouroussof, who helped as one of his race engineers, have provided affidavits covering his acquisition of the car.  These statements have been accepted by the DVLA as part of the evidence to prove that the car in its present form is the same one that bore the registration number LBL 301 when last used on the road in the UK and meets the criteria to be reunited with its original number.  The last available entry from the Licensing Authorities shows LBL 301 registered in Oxford although the details of the Registered owner are not available.

Back in Canada Wilson Southam traded in the car at Hamilton, Ontario.   In 1974 Gord Whatley bought it from a Louis Gehring with the car number EX182/38.  Gord Whatley says that he “bought the car as an interesting old race car which had a close ratio gearbox, alloy transmission cover, no carpets or sound deadening and it had four wheel disc brakes”.

He planned to restore the car and took advice in 1978 from Henry Stone, one of the mechanics from the MG Development Department who was visiting Canada at the time.  Henry recognised the car as one of the works development cars even down to his own handiwork in the fabrication of the large brake fluid reservoir.  Henry persuaded Gord Whatley to restore it to the specification of a 1955 Le Mans car with drum brakes.  This was done although Gord kept hold of the disc brakes.  He has confirmed that his restoration retained the chassis, body and all other major components on the car.

In 1981 Gord Whatley sold the car to Gerry Goguen who displayed it in his museum in New Hampshire.  He made no alterations to the car.  After his death, his widow Doris Goguen sold the car to Jon Savage of Rhode Island in 2005.

Jon Savage shipped the car to the UK in 2006 and commissioned Bob West to carry out a restoration.  The aim was to return the car to a condition similar to the one built for the Fitzwilliam team in 1957, albeit with the all steel body fitted by the MG Works in May 1958.  LBL 301 is now painted Tyrolite Green has a 20 gallon fuel tank, alloy rimmed wire wheels of the type used in the 1950’s and a Works type competition windscreen.  Beneath the body, Bob has retained the rolling chassis built by the works in 1956, including the front and rear suspension, rear axle, steering assembly and the close ratio gearbox.  At least two major components are needed to meet the DVLA criteria for the return of the original registration number.  Bob has retained the original transmission tunnel, dashboard and instruments and reunited the prototype Dunlop disc brakes with the car.

In summary, it is safe to conclude that this is not one of the 1955 Le Mans EX182 cars, being based on a 1956 production chassis but it is the car prepared by the MG Development Department for the Fitzwilliam team and re-bodied by that department in 1958 after it was raced at The Mille Miglia, Goodwood, Silverstone and Nurburgring meetings in 1957. It has been re-created in the Mille Miglia form as it was raced by the Fitzwilliam Team.

We wish LBL 301 and her owners many more successful years on the roads and race tracks carrying this iconic number to remind us of the historic origins of the MGA.

MG Car Club wishes to record its appreciation to those who contributed to the research and restoration of this car, in particular Jon Savage, Wilson Southam and Bob West.

Also to Robin Barker, Gord Whatley, NAMGAR members in Canada, Jim Cox, Nick Ouroussof and members of the MGA Register in the UK. 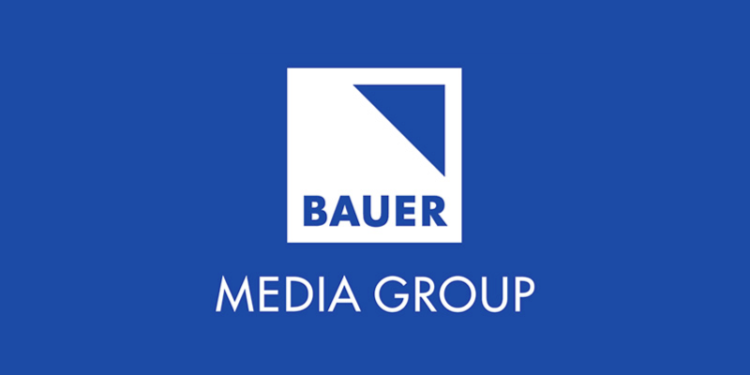